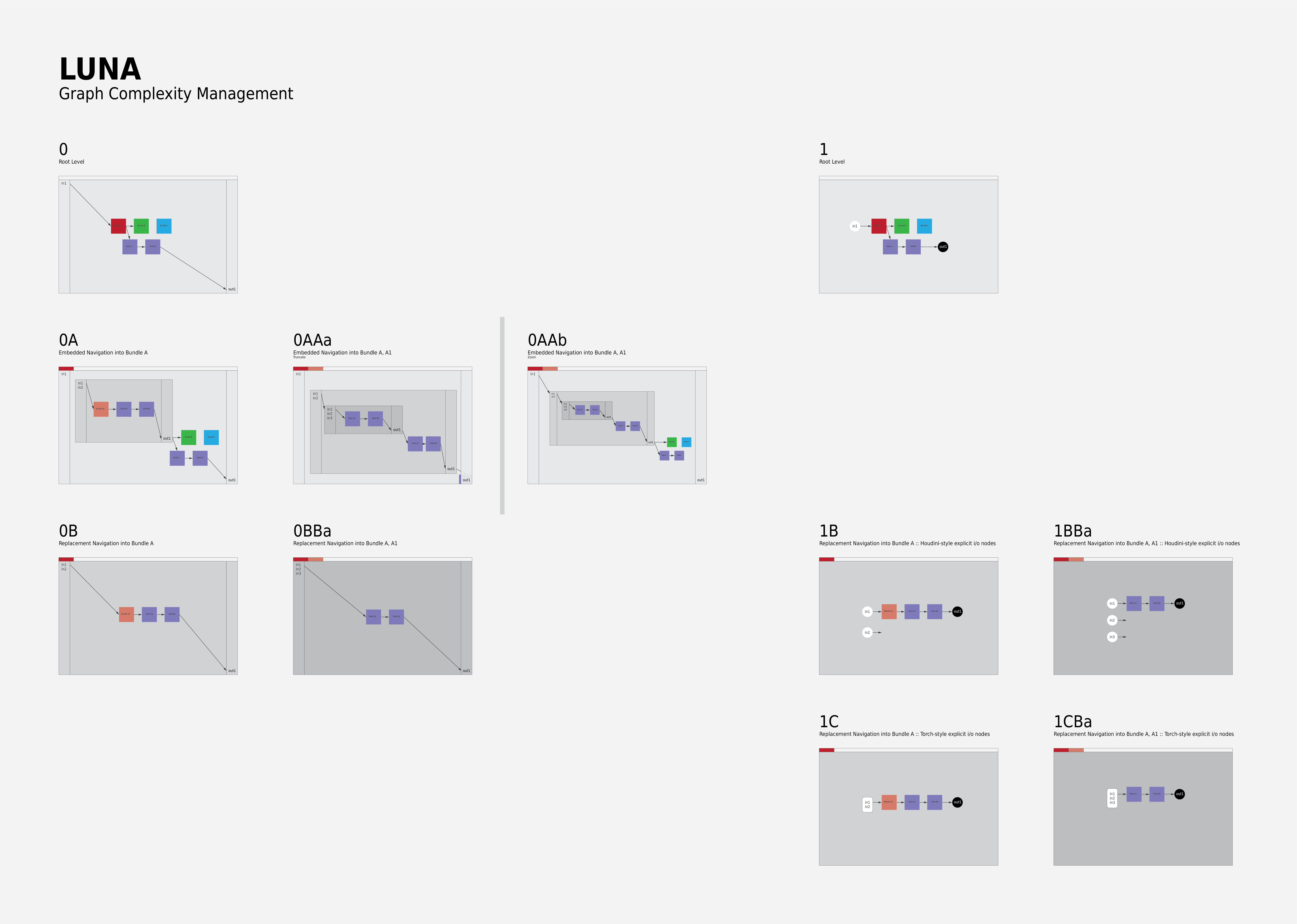 Luna is a character rigging tool currently in development at Dreamworks Animation.  It is a redesign of their current toolset which is spread across multiple applications, command line terminals, ad-hoc scripts, etc.

To the right is a aspirational video I made for the new Character Rigging tool.  The depicted workflow in the video is a standard Artist importing pre-rigged character geometry, un-rigged template geometry, and then making a transfer so both are using the same rig.

Some of the visuals, like the progress bars on the right, were inspired by an existing tool the Artists are currently using.  Other elements, like the HUD-style metrics associated to the assets is an idea that speaks to the User's frustration of "building blind" as that type of information is not available to them until later in the asset creation process.

One of the big concerns for the application is how the User will manage complexity of their node networks as they can become visually busy and topologically diverse.  This is one exploration of how a User might navigate a system with or without "walls" defining containment.

The is an initial "wall" concept.  Each time the user navigates "inside" an encapsulation, the internal structure is revealed inside a walled area while the nodes and connections "outside" of the encapsulation visually persist.  This is not the typical behavior for node graph navigation, but this is a key requirement for the application.

While the desire to see the "walls" of encapsulation during navigation is necessary, the ability to hide them to allow the user to concentrate on data flow is equally so.  This is animation was used to communicate some initial issues raised when not showing containment to the User.

In addition to the disorientation caused by the removal of the "walls," attribute relationships and brevity are also challenged.

This is a second version of the "wall" design where additional nodes were added so that we could discuss the a potential workflow where connections are made across multiple levels of encapsulation.